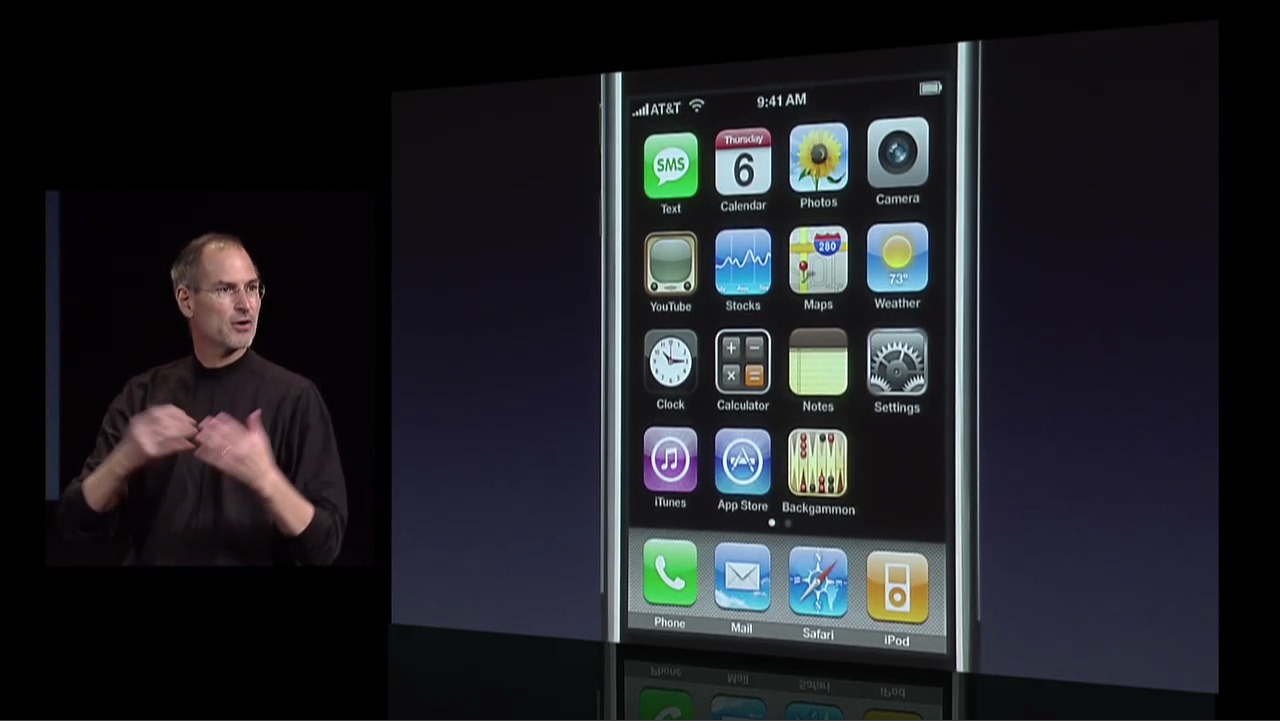 Jobs wanted the iPhone to run a modified version of OS X, the software that comes with every Mac. But no one had ever put a gigantic program like OS X on a phone chip before. The software would have to be a tenth its usual size. Millions of lines of code would have to be stripped out or rewritten, and engineers would have to simulate chip speed and battery drain because actual chips weren’t available until 2006.

No one had ever put a multitouch screen in a mainstream consumer product before, either. Capacitive touch technology — a “touch” by either a finger or other conductive object completes a circuit — had been around since the 1960s. Capacitive multitouch, in which two or more fingers can be used and independently recognized, was vastly more complicated. Research into it began in the mid-1980s. It was well known, though, that to build the touch-screen Apple put on the iPhone and produce it in volume was a challenge few had the money or guts to take on.

The story was that Steve wanted a device that he could use to read e-mail while on the toilet — that was the extent of the product spec.