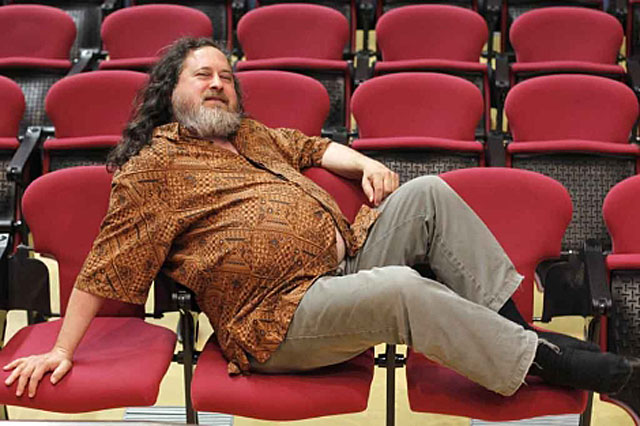 So, Moglen says, this GPL meeting was “the beginning of a carefully plotted process we had spent a year getting ready for.” They’d printed several hundred copies of the discussion draft and were ready to hand them out and simultaneously release the document online. But in the previous version, Stallman had included in the support material a reference to a fictional CEO named Ty Coon.

Someone judged the name politically incorrect and changed it. Stallman noticed the switch backstage, and said he would have to denounce the license. “And so we’re standing there, everybody absolutely dumbfounded and terrified,” Moglen says. “I thought to myself, How could it be complete, after all these years of work and careful preparation, how could it be more appropriately complete than by Richard Stallman coming in and denouncing his own work?”

He talked Stallman out of his obstinacy, but Stallman told me, “That is the way I’m likely to react to someone who tries to censor my jokes.”